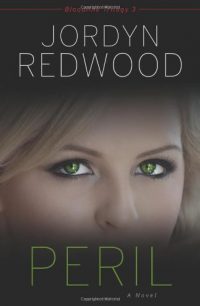 Dr. Thomas Reeves is at the pinnacle of his career. The Department of Defense has awarded him a lucrative contract for his new research into superior autobiographical memory, which promises the ability to create combat troops able to quickly learn complex battle plans and enact them perfectly under the most demanding battlefield scenarios.

An elite unit has received neural grafts from fetal cadavers of genetically altered brain cells with enhanced NMDA receptors. The results are remarkable . . . until the recipients begin suffering hallucinations, nightmares, paralysis, . . . and death. Dr. Reeves searches for answers, but DOD insiders want him to stop the search.

The situation becomes public when pediatric ICU nurse Morgan Adams, Dr. Reeves’s daughter, is taken hostage by three research subjects in an attempt to force Dr. Reeves into disclosing why they are sick. If answers aren’t revealed within twenty-four hours, patients in the pediatric ICU will be killed.

This spine-tingling conclusion to the Bloodline Trilogy raises spiritual and ethical dilemmas torn directly out of today’s headlines. When does life begin? How far does commitment to family go? And can the sins of the father ever be forgiven?